Tim and Jessica brought their newborn baby, Roman, into the studio for his first professional photo shoot.  Roman was in good spirits when he arrived, so we set him down right away in the wicker basket and Jessica attended to him, as shown in this first picture.  I like this picture because of the closeup on Roman’s face and the good look at his blue eyes. 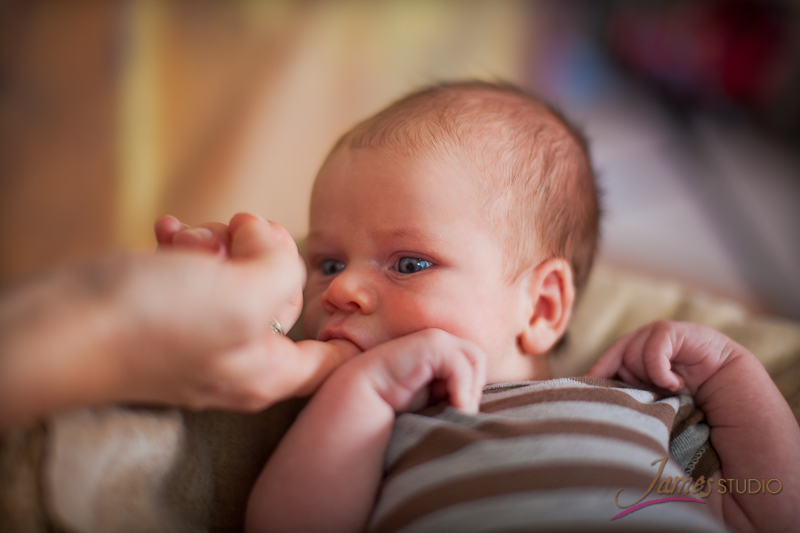 My 50 mm lens provides a blurred look in the background, also known as shallow depth of field.  With a small aperture of 1.4 or 1.8, the focal plane is minimal, meaning the distance for how much of the subject is in focus is minimal.  A large aperture, like f5 or f6, would create a much deeper depth of field and most everything would be in focus.   Point-and-shoot cameras tend to produce a deep depth of field.  They do well at having everything in focus.  This is o.k., but it does not produce the type of pleasing artistic effect seen in these photos. 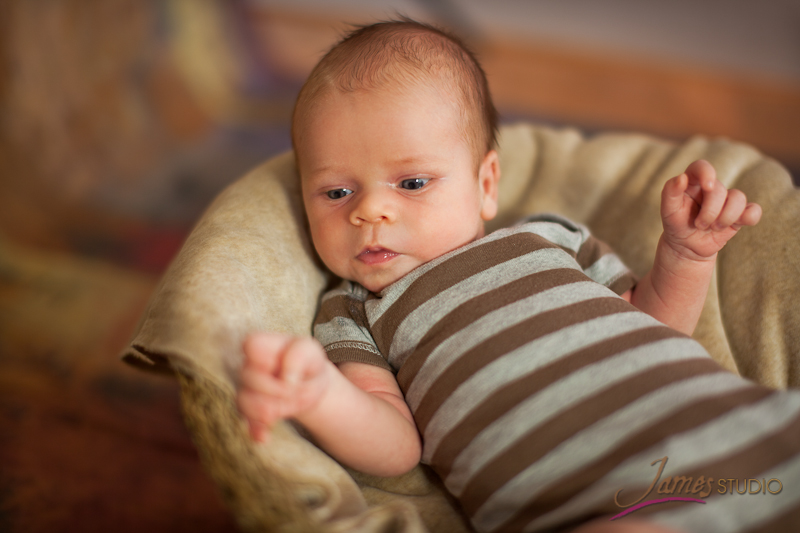 Here is a wide-angle shot giving a view of the backdrop, the lighting, and the Mackie family. 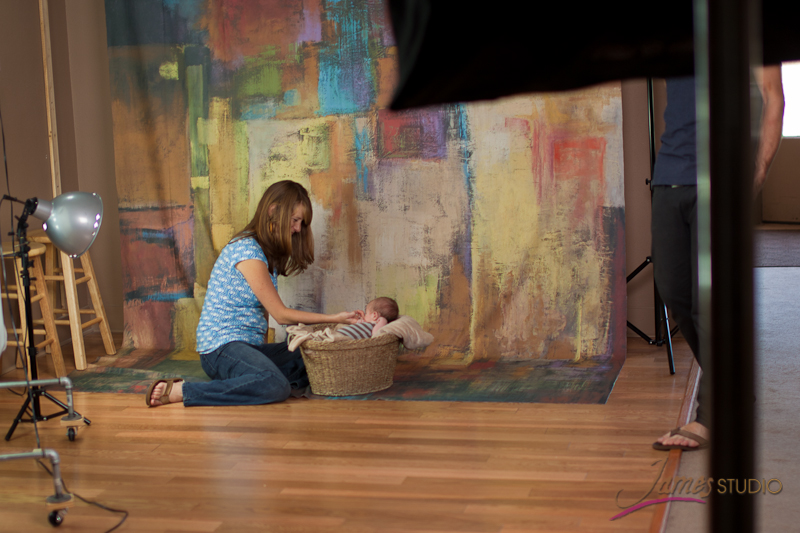 I brought out my tripod and macro lens to get this ring shot on the baby’s toes.   It is a fun way to symbolically tie the family together into one picture. 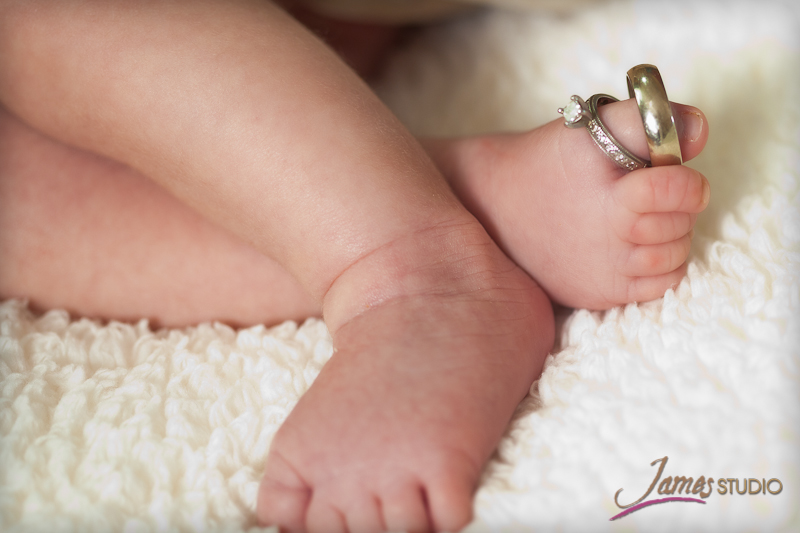 Here is Roman in his dad’s hands.  I love how the shot includes Tim.  But if you were not looking at the picture carefully,  it would be easy to miss him on the side. 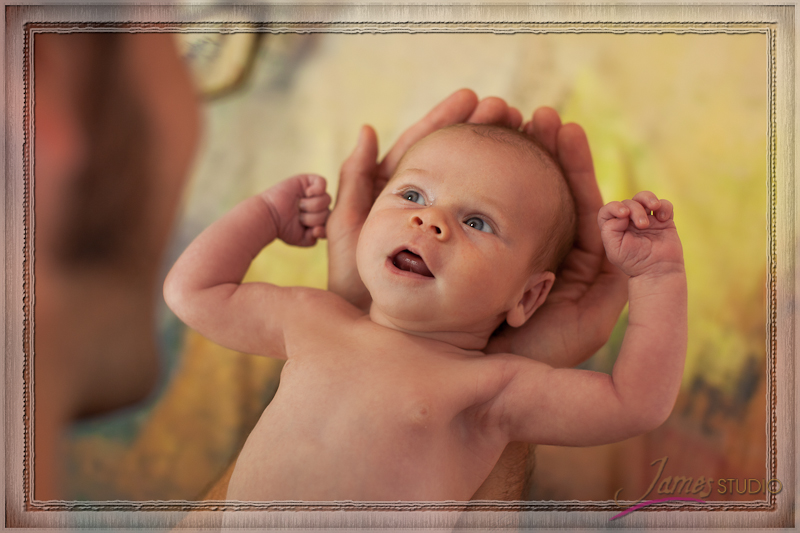 Here is Roman in the baby hammock my wife crocheted for the studio.   It turned out that Roman was too interested in the surroundings to fall asleep. 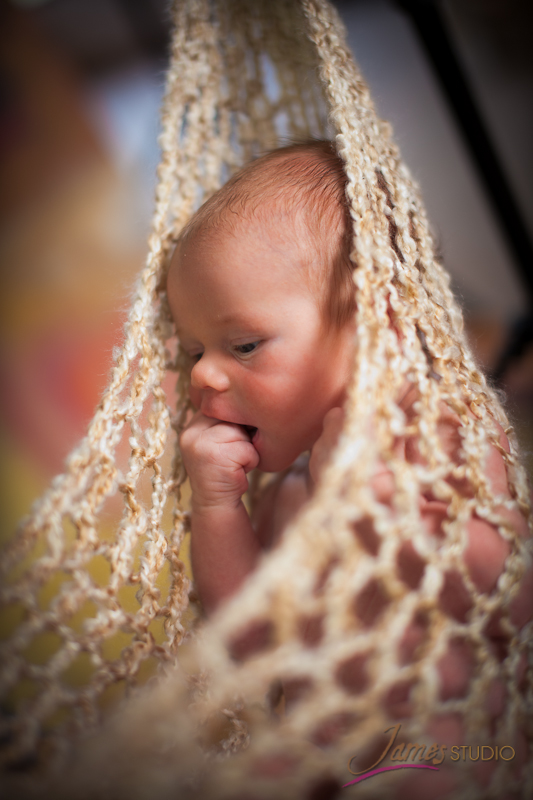 I think this is a beautiful shot of Tim with Jessica in the background.  Dad is delighted with his son. 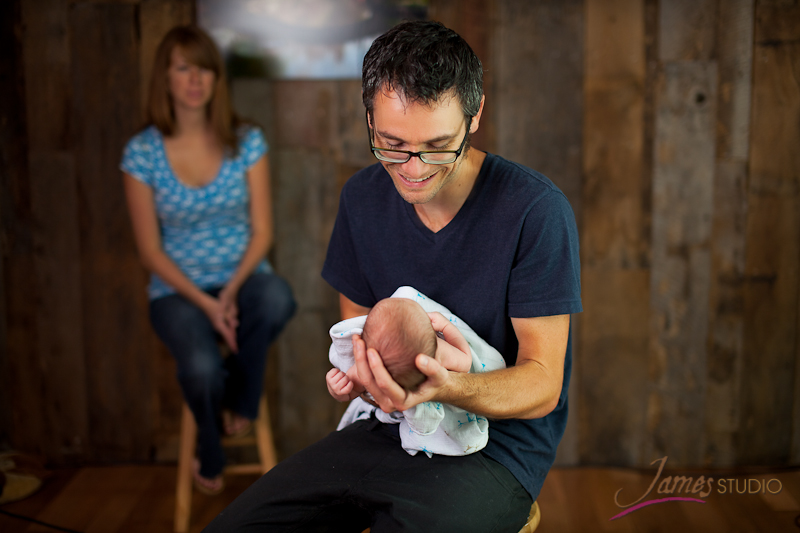 Another look at Tim, with Jessica giving a soft smile.   There was a moment when I saw Tim look up over his glasses (I didn’t have the camera in position to shoot it).  I thought it looked pretty cool, so I told him to do it again.  I think the picture works. 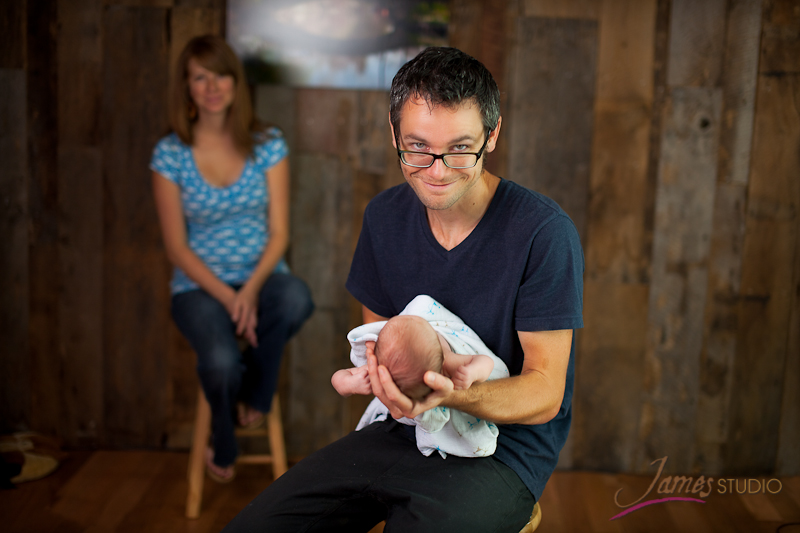 Enough with the dad; it’s time to get Jessica in focus.   Except there is Tim in the background being a showboat . . .  but that is not completely true, since I set him up to do that.  I wanted him to show some action.

So here is Jessica with her firstborn.  I love her expression in this shot. 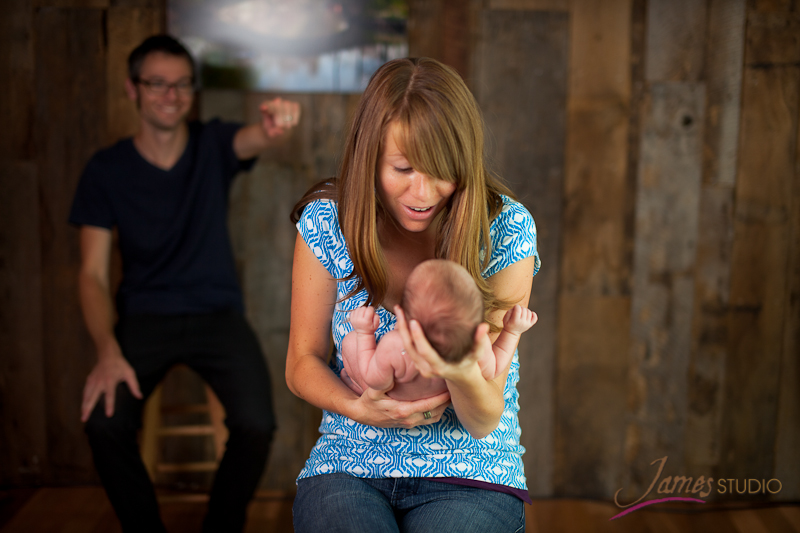 Here is a wonderful family picture.  You can see that Roman’s head is slightly out of focus and the background is very much out of focus.   It is a good example of the shallow depth of field that makes the image look so interesting. 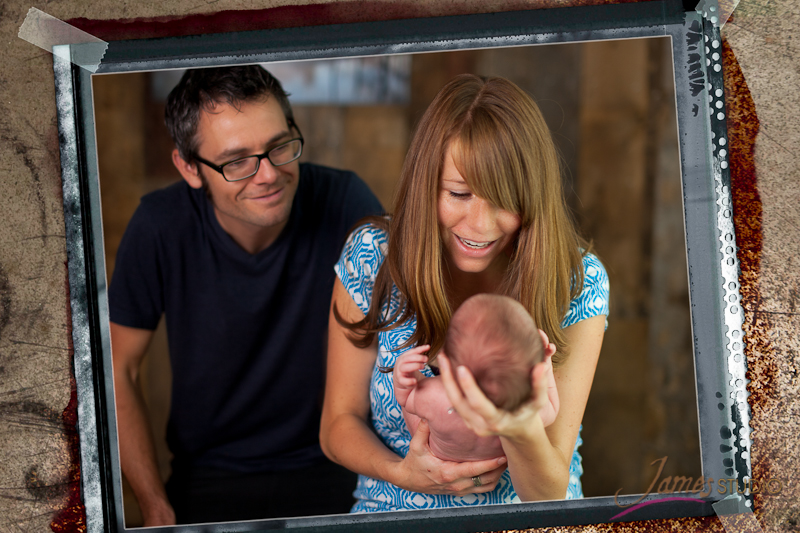 Here is another family picture with Roman looking over Jessica’s shoulder.   It is as if Roman is looking at the camera with his dad and mom looking naturally at him.  I love the look. 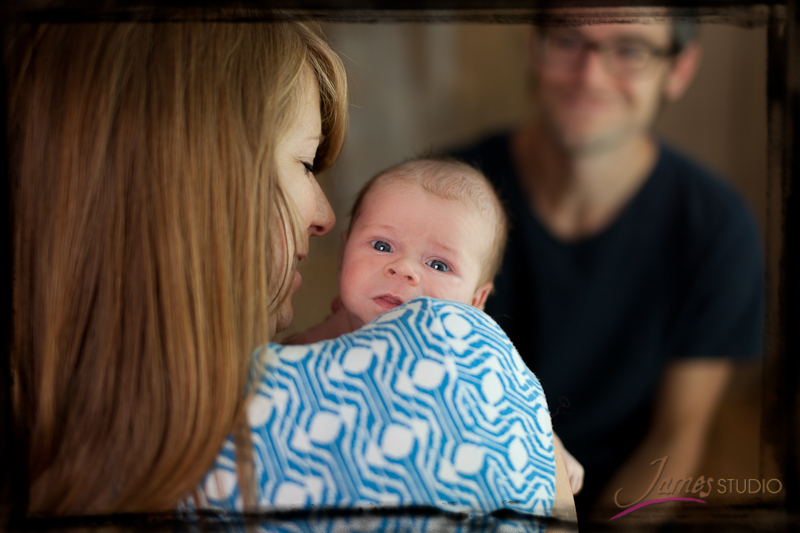