What is a bride-and-groom shoot?   Well, instead of an engagement shoot or a bridal shoot, we did a bride-and-groom shoot at Olbrich Botanical Gardens.  Christina & David were married on July 2, 2011; you can see the post for their wedding pictures HERE.   These pictures were taken after their honeymoon when they were relaxed and in perfect peace.   The following are some samples of the pictures I took.

This first picture was taken at the reflecting pond on a bright, sunny day.  We got some great reflection in the water. 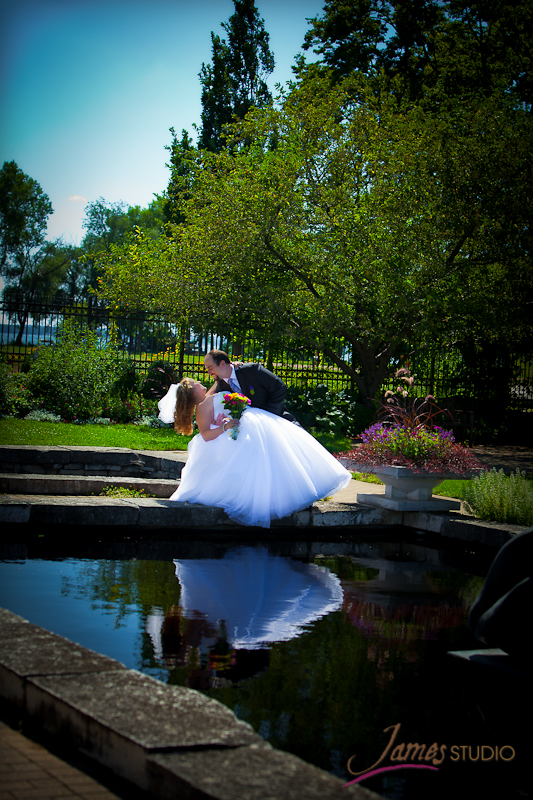 I joked with them about taking a swim in the pond.  Nevertheless, they did take a “dip,” as shown in the picture below. 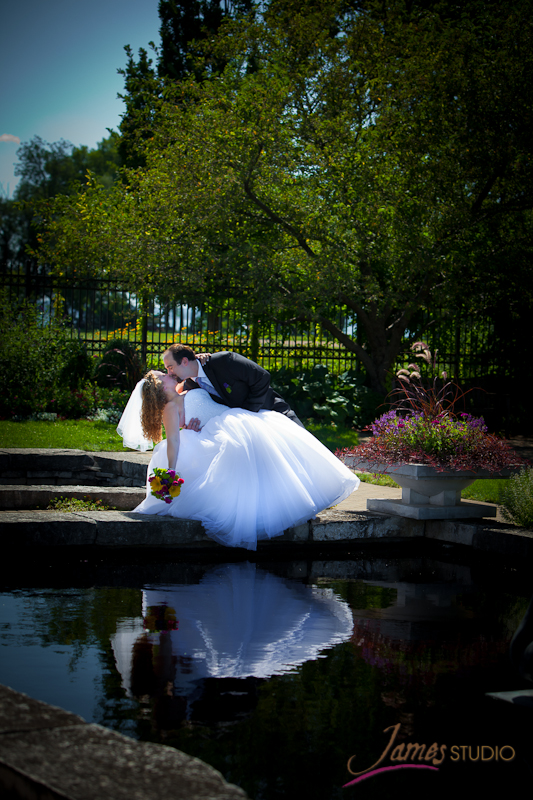 I like to shoot in shady areas.  With all that sun the bride & groom need the shade to show their expressions.

With this shot I asked them to act naturally as they walk toward me.  I think they did a great job of “acting”.   That is not so easy to do with all kinds of people watching you, including Christina’s parents (who also attended the shoot). 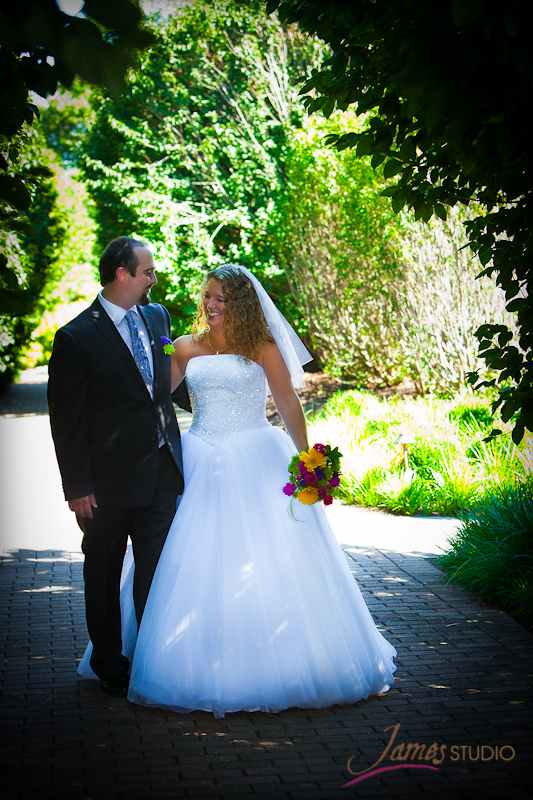 The sprinkler fountain is one of several water scenes at Olbrich.  This is a favorite for many people, as it has gorgeous colors in the background.

Christina and David are celebrating their new marriage. 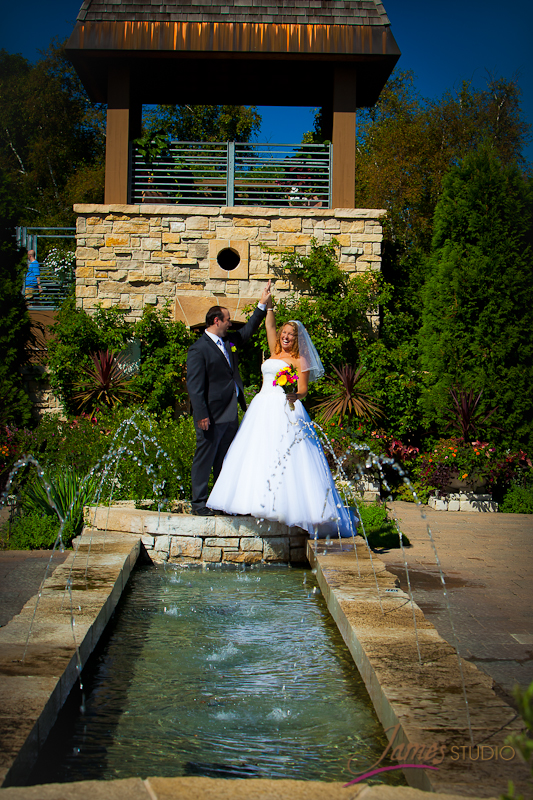 This is one of my favorite pictures.  Christina looks so angelic with the veil and beautiful smile. 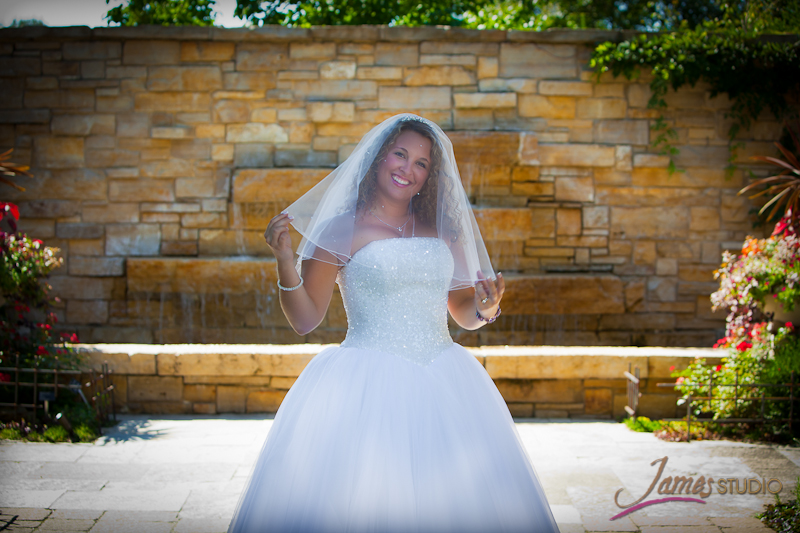 Below is a thinly veiled kiss and an awful pun.   But it is a beautiful picture. 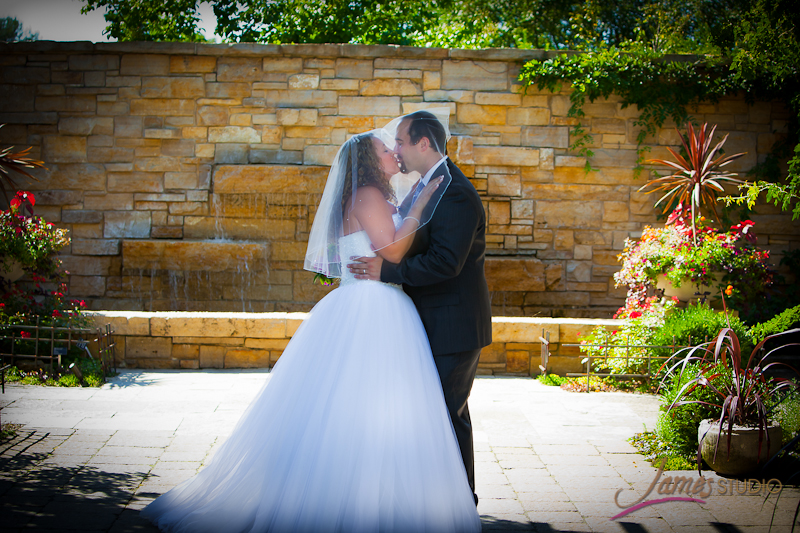 I love to focus on flowers and have the bridal party–or in this case the bride and groom–out of focus in the background. 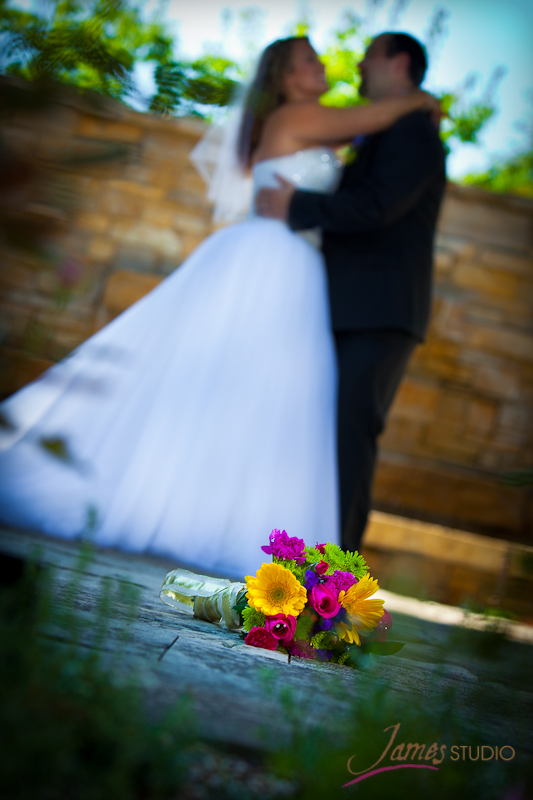 Another one of my favorite shots is to focus on the couple’s rings. 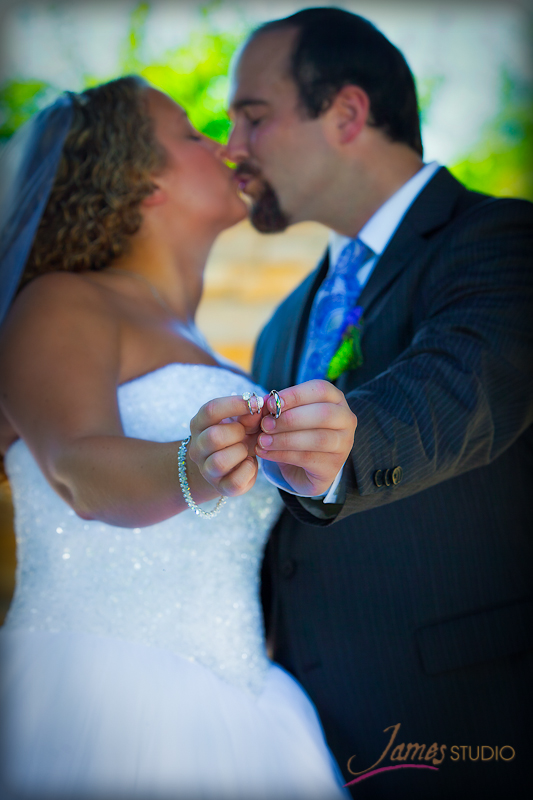 I took lots of shots while they were sitting on a bench.  The flowers and other foliage are so beautiful that they can be distracting and become the focus instead of the couple. 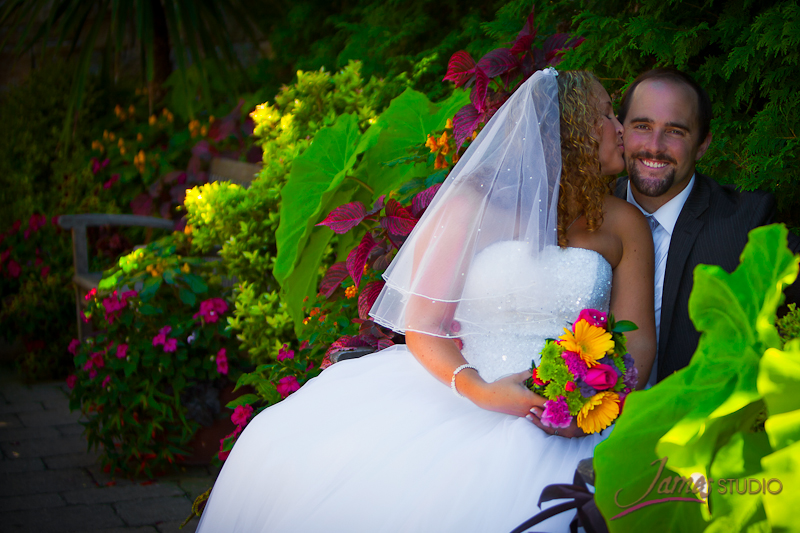 This is an example of what you can get with great natural-looking light and close-up shots.   Christina and David have great smiles. 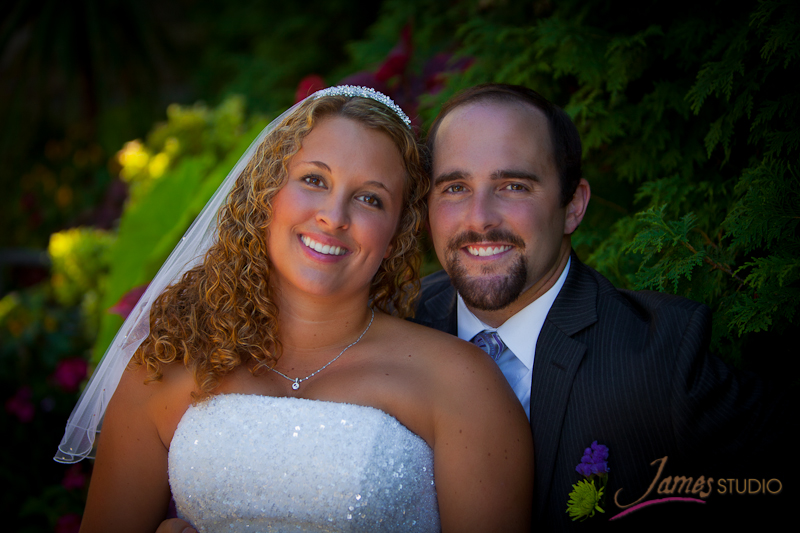 I like how Christina has her elbow on David.  She looks comfortable, and the image reflects how they are best friends and that they enjoy each other. 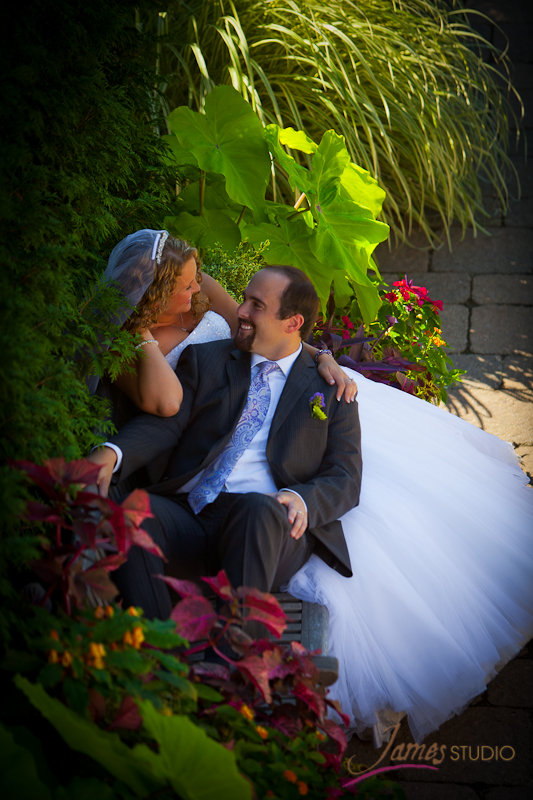 I was told that they wanted this picture because Christina’s grandmother and mother wore this veil (different from the veil in the other pictures).  The picture is of Christina’s grandparents. 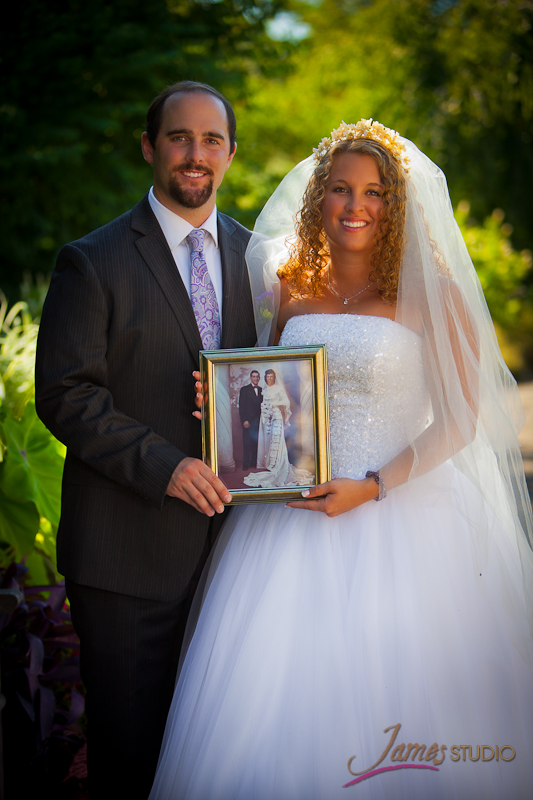