Brad and Stacie were married at the Forrestal Gallery in Middleton on July 9, 2011.   To make things interesting they decided to have their outdoor pictures taken as Vilas Zoo.   Brad wanted it to be like a day at the zoo.   One nice thing about weddings, people are especially nice and complimentary, saying things like, “Oh what a beautiful dress.”  “Its a wedding party at the zoo — what a great idea.”   And when we were getting shots in front of the lions people gave us room, no one complained and when we were done people came swarming in.  I did not realize that a crowd was watching and waiting behind me.   I was impressed and said a big thank you to everyone.

This first shot marks the beginning of our trip in the zoo grounds.  I had the wedding party on a picnic table which provides for good spacial balance. 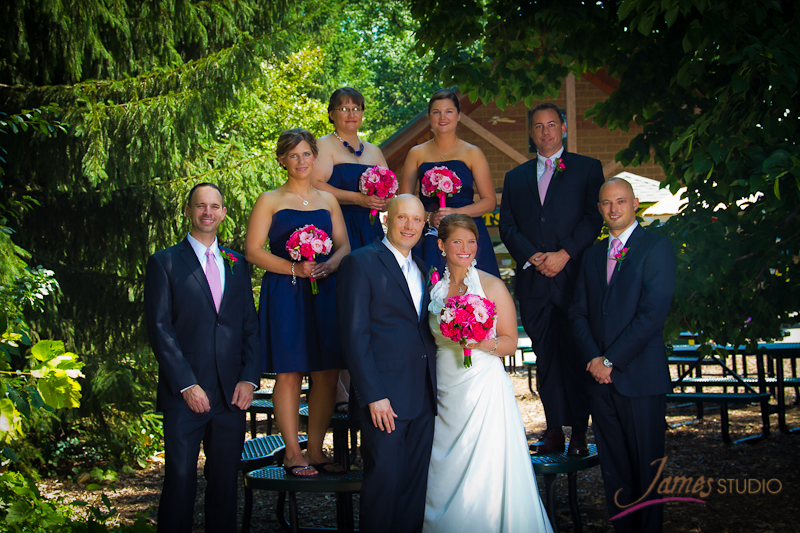 While in the same area I took the opportunity to lay the flowers down and get an artistic shot of the couple in the background. 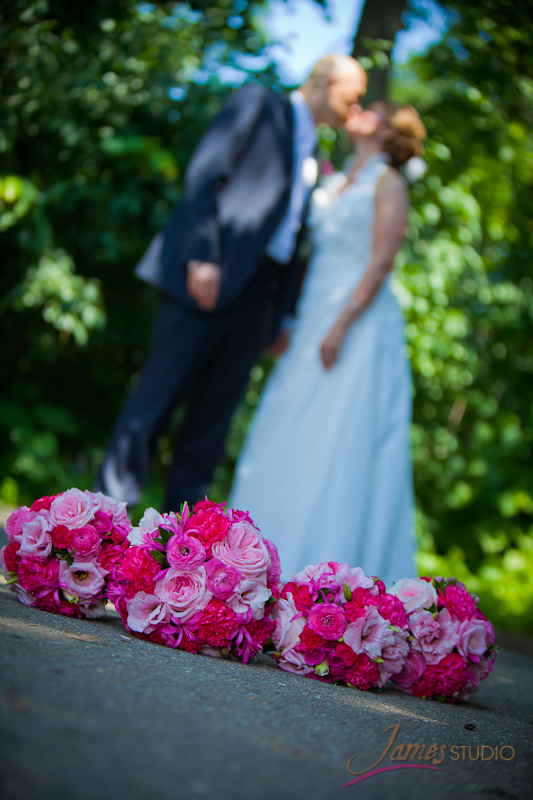 Though you can’t see them very well, the lions are in the background.   Taking a photo with the couple holding the phone is one of my favorite shots.  Brad and Stacie are showing off another pose making the whole image look great. 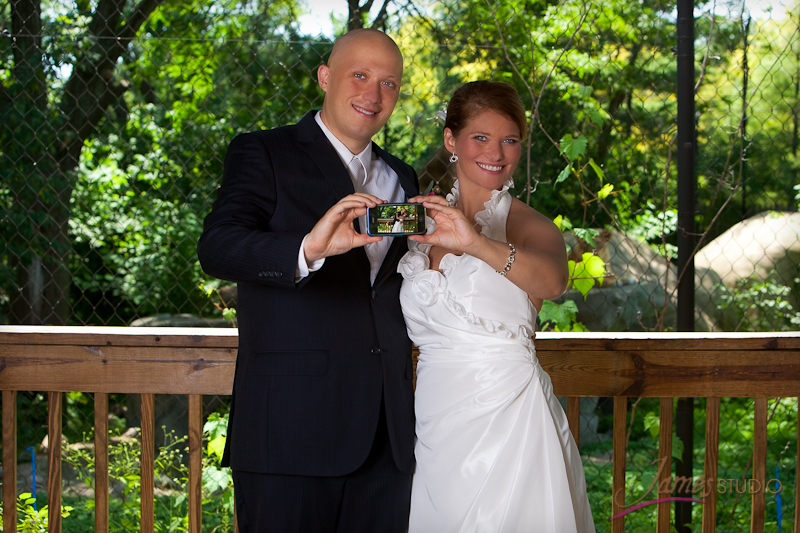 Now the giraffes are more prominently placed.  I love this shot because the giraffes appear to be kissing!  I mean when I look at the picture close up I can see the giraffes are lips to lips .  I don’t know if this is common giraffe behavior.  Maybe they were sharing a snack or maybe it was purely a coincidence. 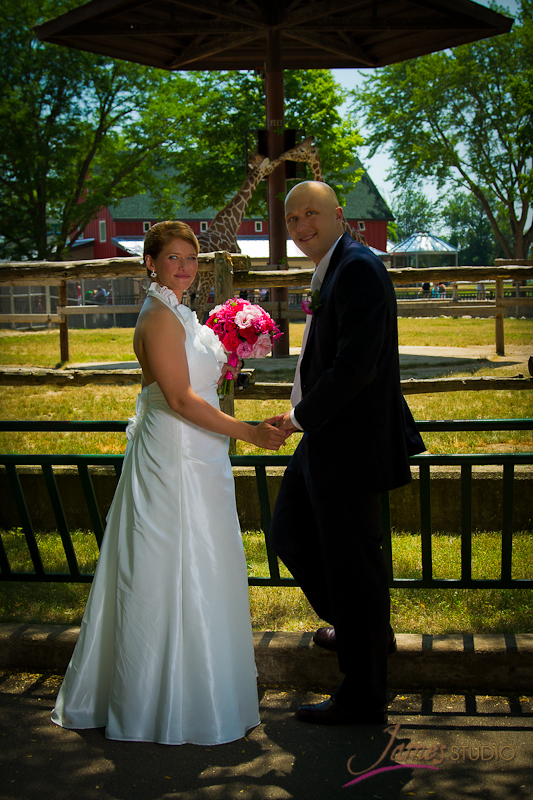 I asked Brad to lift and twirl Stacie and I asked the wedding party to jump.   My instructions for when to jump were not clear.  Mostly, they did not all jump at the same time –except once and this was it.  I was amazed that everyone was off the ground.   I think the taller giraffe was wondering what kind of strange ritual this was going on among the humans! 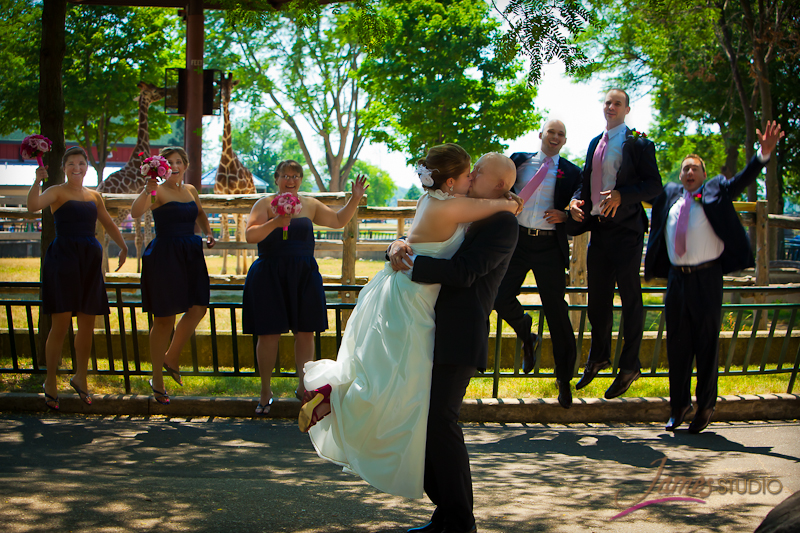 We took a trip to Olin Park to get several wedding party pictures.  They were suppose to look casual.  What do you think? 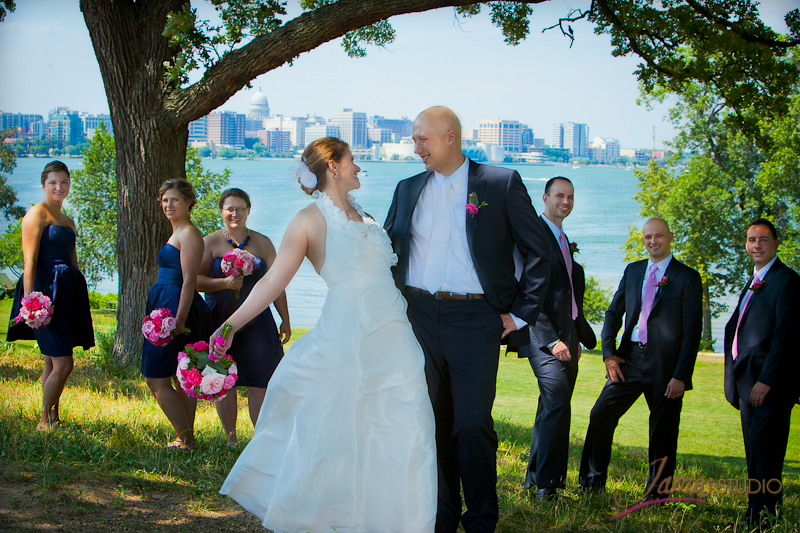 Next was the wedding at Forrestal Gallery in Middleton.   The ceremony was outdoors but was covered by a semitransparent tent.   In the background where the minister is standing is a gazebo. 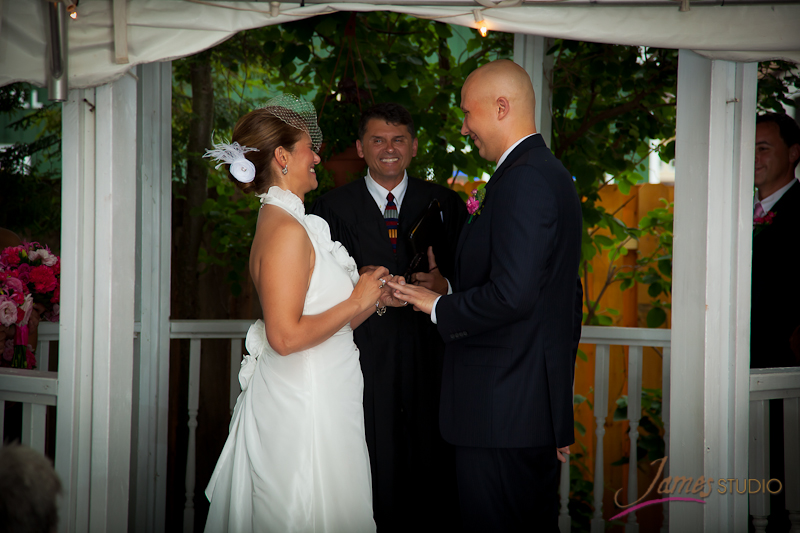 I think this is a very pretty ring shot.  The rings are pretty too.   I used my 100 mm macro lens to get a good clean closeup shot of the rings and hands. 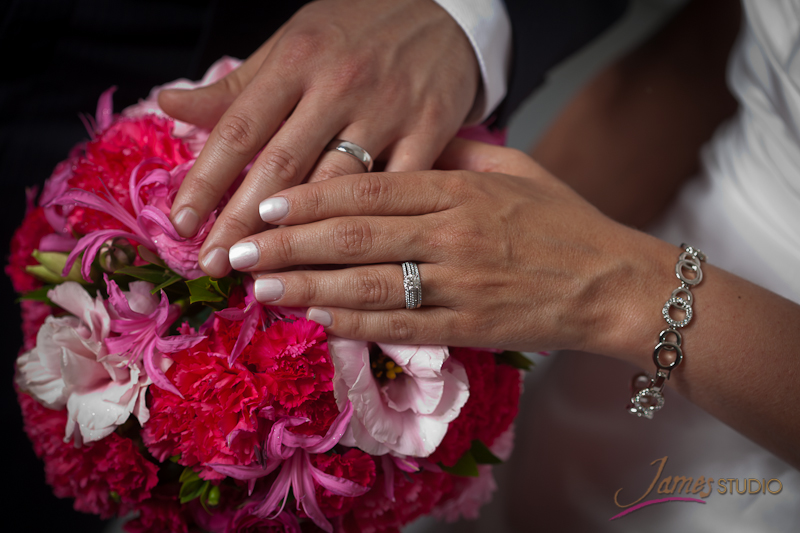 I am not really big on taking pictures of flowers.  They are so easy to take.  But with this shot with the windows in the background I found to be especially beautiful.  I plan to use it as an art piece for my studio. 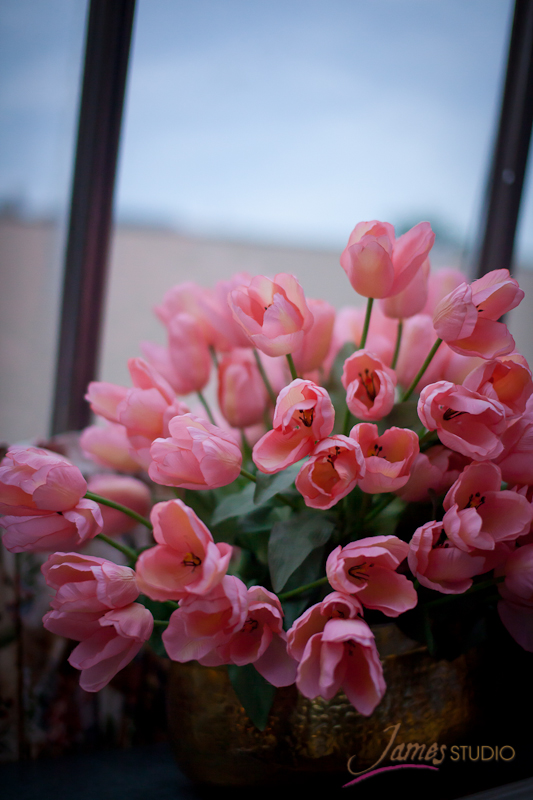 The entrance to Forrestal Gallery is really very attractive with an old world charm.   I love the shots I got of Brad and Stacie at the end of the evening in this location. 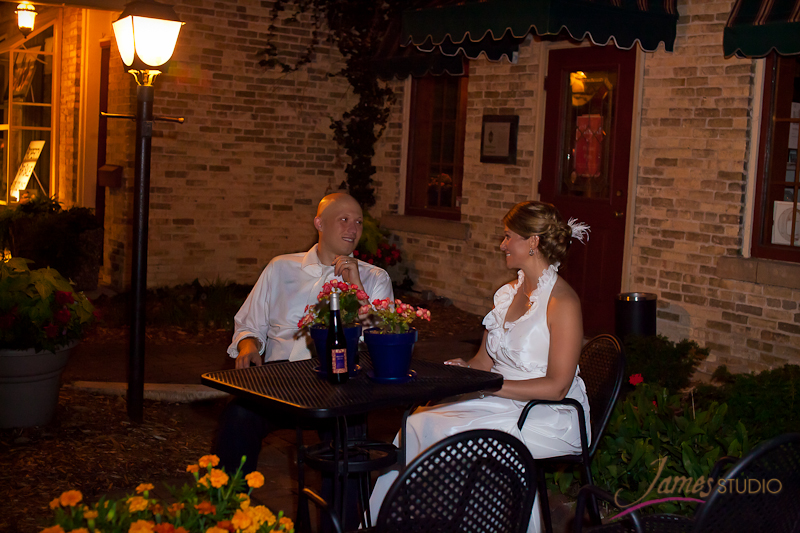 This following image is definitely one of my top favorite images of the day.   It was a good day. 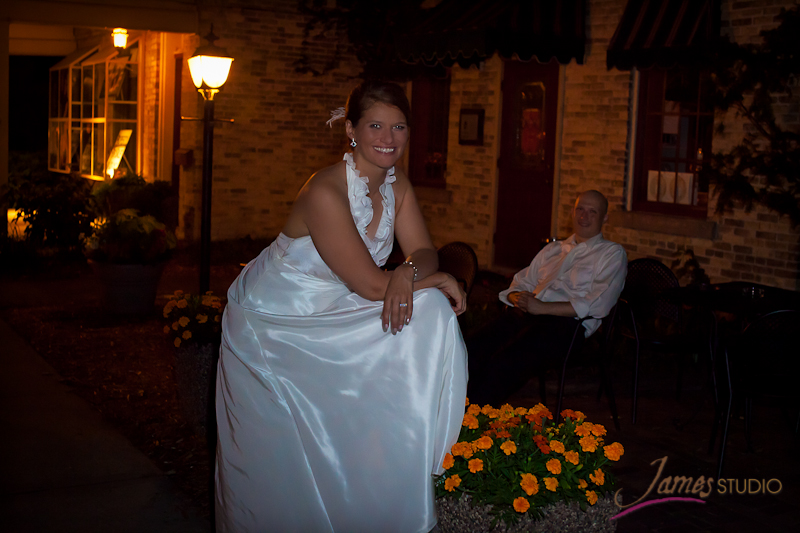