While in the courtyard of Blessed Sacrament, Kara approaches Ryan for their “First Look”.  Ryan was instructed to keep looking at me until Kara touched him on the shoulder. 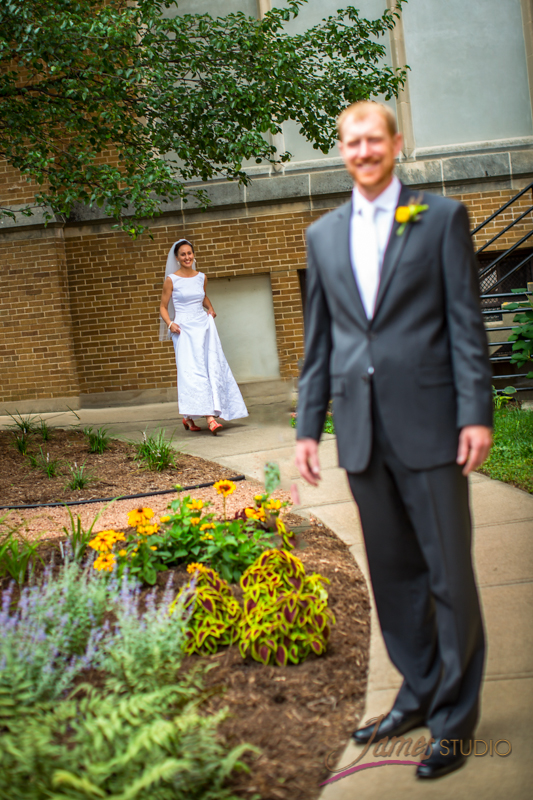 This was the very first glance at each other.  It was actually a very emotional experience for them.

The first look is an excellent way to start the day.  We get great pictures and the couple is able to have some time together.  It can then be a weight lifted allowing the couple to enjoy the ceremony. 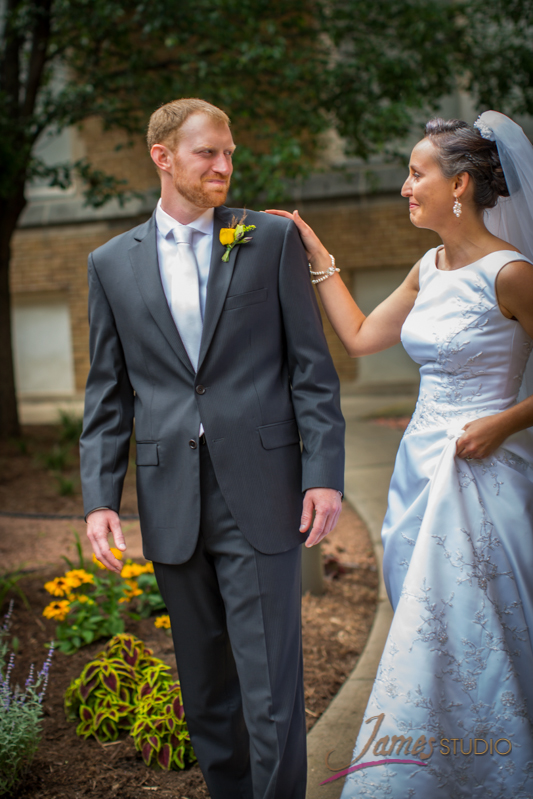 The wedding as seen from the balcony.   The higher view provides a much better angle on the ceremony from the back of the church. 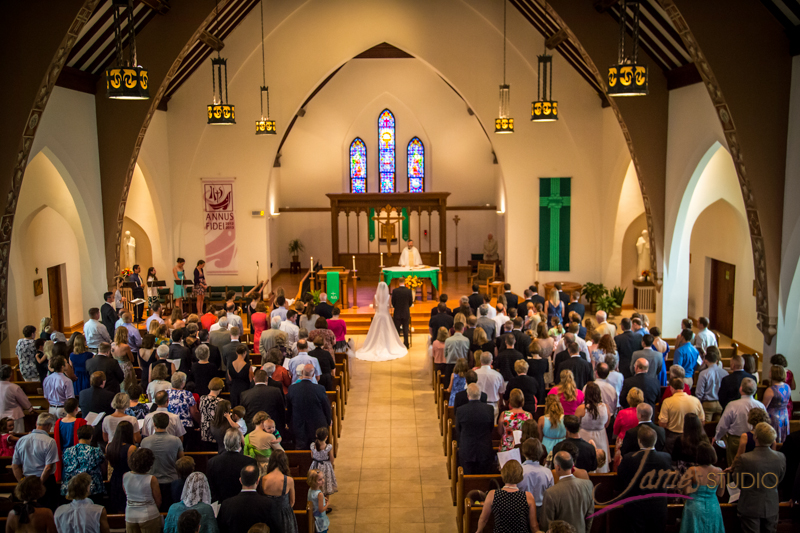 Even though I was a long way back I was able the capture the exchange of rings very nicely with my 70 -200 mm Canon lens with image stabilization. 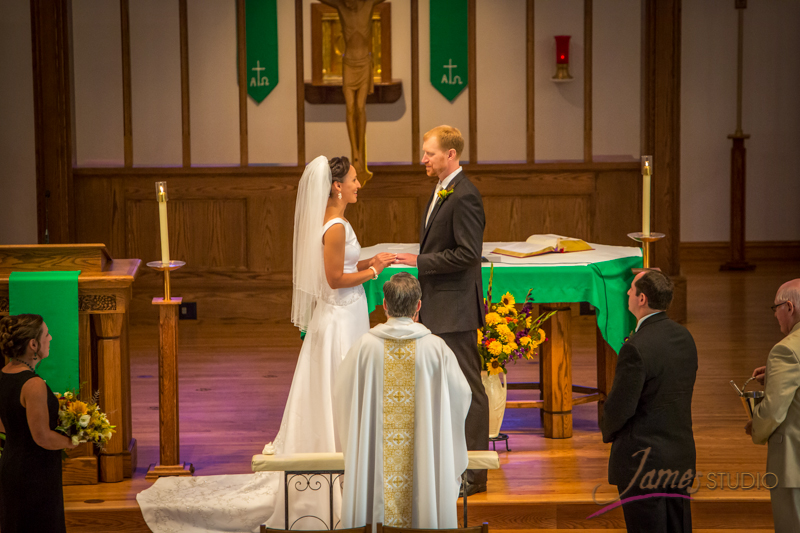 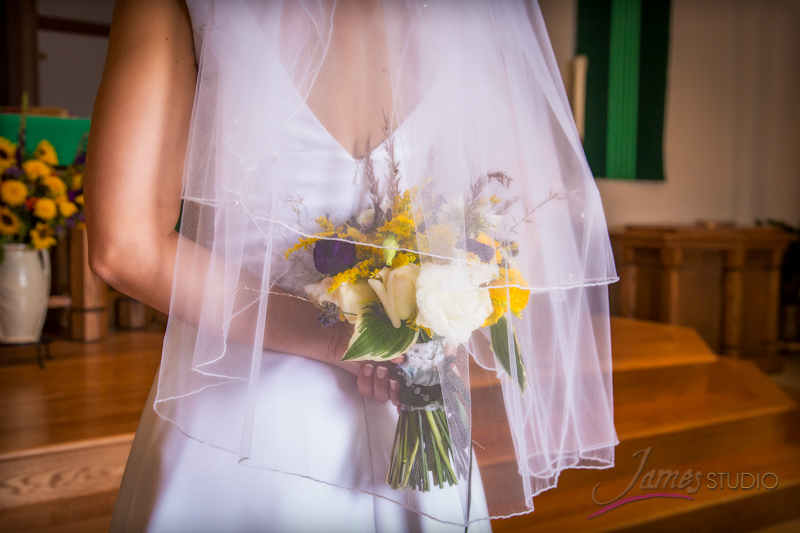 Below is one of the places where we shot outdoor photos.  This is Vilas park, in Madison Wisconsin, near the zoo. 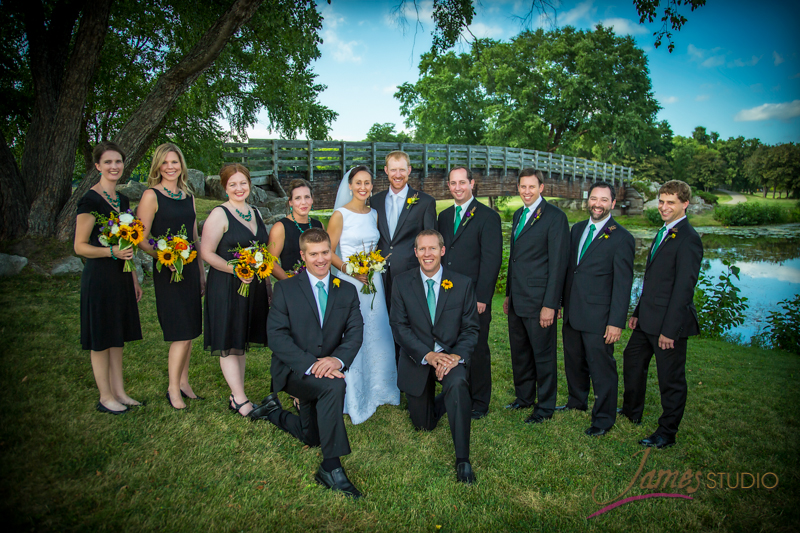 The wedding party did great.

It does take several takes to get everyone in the air at the same time as in this shot.  Though the picture has been touched up, everyone is in the air as it was shot, there was no manipulation in Photoshop.

You got to love it.  What a cooperative wedding party.  Actually, this one was manipulated in Photoshop.

A nice romantic shot.  I love the bridge in the background.  Notice the couple is in the shade.  I use a studio strobe with a softbox to get plenty of soft light on the subject. 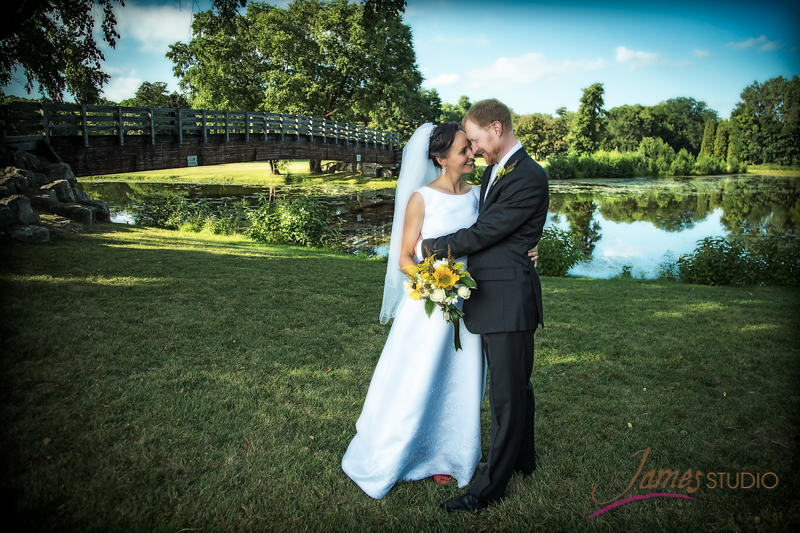 There is lots of love in this group and this picture captures it.

How do I capture those deep blue skies while still having plenty of light on the subjects?   The key is using a neutral density filter. 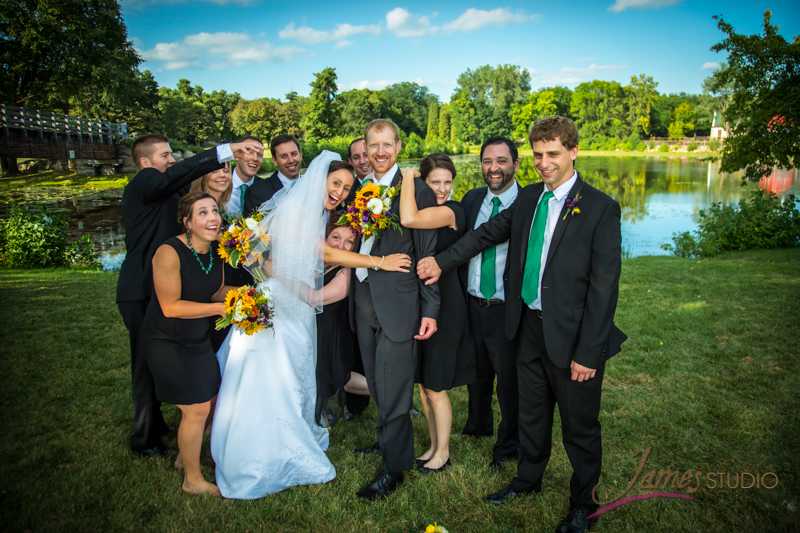 I love to get shots with the bouquets on the ground.  I could not believe that Kara was willing to get down on the ground and I did not even asked her to do so.

As far as I could tell there were no grass stains.  She just brushed herself off and was ready for the next shot. 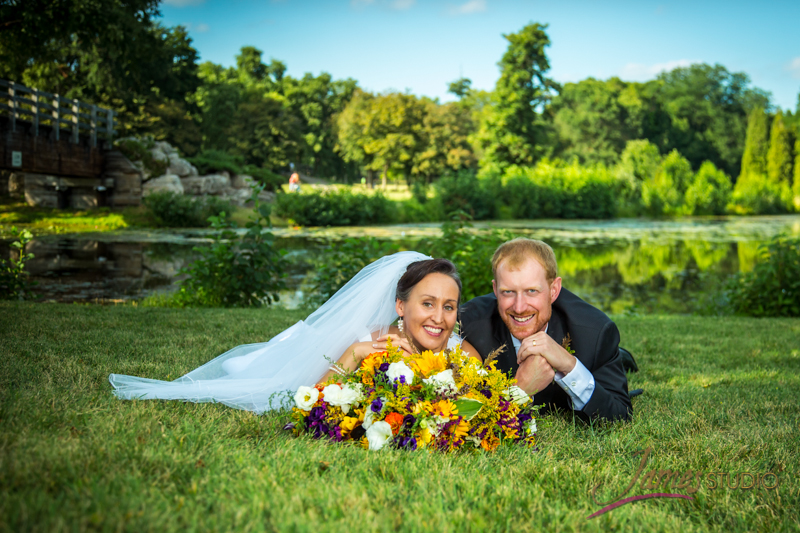 This is one of my favorites to do with the bride and her bridesmaids.

With a 70 – 200 mm lens I get excellent focus on the bride while the bridesmaids are softly blurred out. 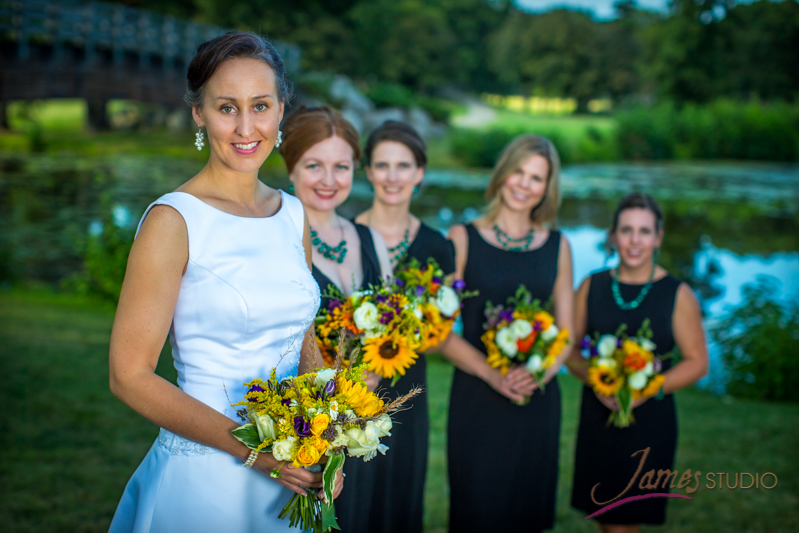 This was after they tore pieces from the giant cookie. 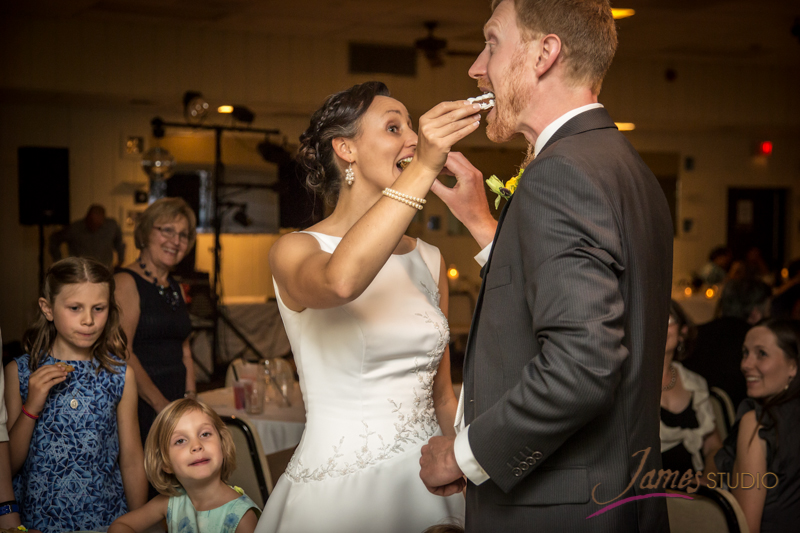