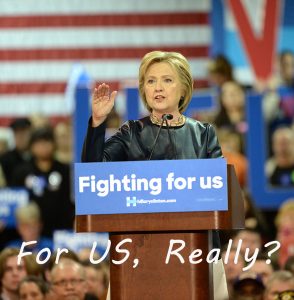 Politics like power tends to corrupt but no one comes close to the corruption of the Clintons enriching themselves and their associates often at the expense of the poorest of the poor.  While the Clintons claim to help HIV victims and a myriad of other causes they exalt and enable vicious dictators and corrupt oligarchs.  According to CBS News the Clintons owed close to $4 million in legal fees because of various scandals during Bill’s 8 years in office.  Today the Clintons are estimated to be worth $136.5 million (Washington Post) but nobody really knows because of many millions of dollars likely sent to offshore accounts having come through various foundations in Canada to the Clinton Foundation.

On his last day in office President Clinton pardoned Marc Rich a trader to the greatest US enemies.  He was on the FBI’s most wanted list.  Even a NYT editorial called it, “a shocking abuse of presidential power”.  Meanwhile, Rich’s ex-wife donated $450,000 to the Clinton library and $1 million to Democratic campaigns.

Gilbert Chagoury, businessman and ambassador to Nigeria is a longtime friend of Bill Clinton.  He worked with Marc Rich getting wealthy buying and selling oil assets in Nigeria.  He gave $460,000 to the DNC for Bill’s re-election campaign.  Chagoury helped General Abacha (of Nigeria) siphon off billions of dollars to foreign accounts.  The US government had been pressuring Abacha to step down and hold elections but after the gift from Chagoury, Clinton “shifted” US policy allowing Abacha to run as a civilian.  Abacha died in 1998 and subsequently Chagoury was convicted of money laundering.  He cut a deal and was set free.  Chagoury has since donated millions of dollars to the Clinton Foundation and pledged a $1 billion to the Clintons’ legacy project.  Once Hillary was made Secretary of State Bill Clinton’s fee earnings increased from about $200,000 per speech to $500,000 or more.  In 2011 he was paid $700,000 for a single speech in Nigeria and again in 2012 another $700,000 paid for by media mogul Nduka Obaigbena.  He is closely tied to the Nigerian President Goodluck Jonathan who is marred by widespread pervasive corruption.  As with the corruption in Ethiopia, Hillary’s state department granted waivers to both countries so they could continue to receive US aid.  Summary comments from Clinton Cash book Chapter 8 — Warlord Economics

Kazakhstan, though poor, has a storehouse of minerals estimated at $5 trillion.  The dictator, Nazarbayev is likely a billionaire along with two billionaire relatives.  He jails journalists and his political opponents.  Torture is common, as is human trafficking.  Bill Clinton’s Canadian friend Frank Giustra made his wealth trading penny stocks and using shell corporations.  Giustra loans to Bill and Hillary his luxury jet for traveling the world and for Hillary’s campaign stops.  Together Bill Clinton and Giustra established the Clinton Giustra Sustainable Growth Initiative (CGSGI) based in Canada where donors may remain anonymous and funds can be transferred to the Clinton Foundation or to secret offshore accounts.  http://tinyurl.com/hox5dlb  In a 2009 video a Kazakhstan official reported that Hillary pressured their officials to seal a major uranium deal for Giustra’s mining company, UrAsia.  Bill publicly supported Nazarbayev giving him international credibility he craved while being one of the world’s great human rights abusers.  UrAsia went from being an unknown company to now being a major uranium producer.  A few months later Giustra gave the Clinton Foundation $31.3 million and later committed to donating $100 million to the Clinton Foundation.  In addition, the foundation received major donations from a variety of other business associates of Giustra ranging from $250,000 to $58 million.  Summary comments from Clinton Cash book Chapter 2 — The Transfer:  Bill’s Excellent Kazakh Adventure   http://tinyurl.com/jkolk 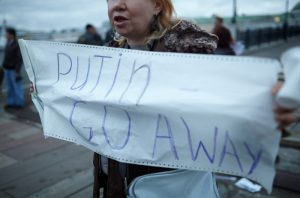 Whose Interests Does Hillary Really Fight For?

In February 2007 UrAsia and Uranium One merged.  Frank Giustra and Giustra friendly shareholders controlled up to 60% of the new company.  Months later Uranium One started purchasing uranium assets in the United States.  In June 2009 the Russian State Atomic Nuclear Agency (Rosatom) purchased 17% of Uranium One.  In May 2010 Rosatom sought to purchase 52% of Uranium One.  Many millions of dollars were being delivered to the Clinton Foundation.  For example, the chairman of Uranium One Ian Telfer contributed $2.35 million through the Canadian Fernwood Foundation.  Multiple donations came through the Canadian CGSCI foundation which acted as a pass through to the Clinton Foundation which keeps the donors anonymous.  Because uranium is a strategic industry the Russian purchase required US government approval.  Despite four senior congressman expressing grave concerns about the deal and a congressional bill trying to prevent the sale, Hillary with other cabinet officials signed off on it.  Meanwhile Bill Clinton was in Moscow delivering a speech for $500,000.  By 2013 Rosatom owned Uranium One entirely despite the promise to not purchase more than 50% of it.  As a result, half of all projected American uranium production will be through Russian Rosatom.  This has serious national security issues because the Russian government can use it as leverage against us.   Pravda ran the headline:  “Russian Nuclear Energy Conquers The World.”  Summary comments from Clinton Cash book Chapter 3 — Hillary’s Reset 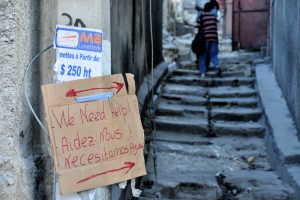 January 12, 2010 Haiti experienced a devastating 7.0 earthquake.  It destroyed 25,000 buildings, 100,000 homes and killed 230,000 people!  The Hillary Clinton State Department was given responsibility for collecting the money given from around the world and determine how it would be spent.  Haitian authorities wanted to prioritize restoring Port-au-Prince and government services.  Bill Clinton was appointed co-chair along with the Haitian Prime Minister Max Bellerive.  They were the executive committee that projects were approved through.  A Florida-based contractor, Bergeron Emergency Services spent $1 million sending employees and equipment to Haiti.  Bergeron lobbied Clinton to get a contract but only gave (less than) $250 to the Clinton Foundation.   Clinton did not choose to use this readily available and experienced company. Instead, with the assistance of General Wesley Clark (a close friend of the Clintons) they hired Innovida which had no track record of building homes.  Innovida was given $10 million to build 500 homes in Haiti but no homes were built.  Instead, the CEO Claudio Osorio (a big fundraiser for Hillary’s 2008 presidential campaign) was indicted in 2012 and convicted of financial fraud and sentenced to 12 years in prison.  The reconstruction goal was to build 15,000 homes in and around Port-au-Prince.  By June of 2013 an audit revealed that only 900 homes were built while the project cost increased from $53 million to $90 million.  While Port-au-Prince is full of rubble the Clintons and their associates have benefited handsomely through mining and telecom deals.  Summary comments from Clinton Cash book Chapter 10 — Disaster Capitalism Clinton-Style

PDF printable version of the article.   Right click on the link, then click on Save Link As, then save the file to your hard drive. 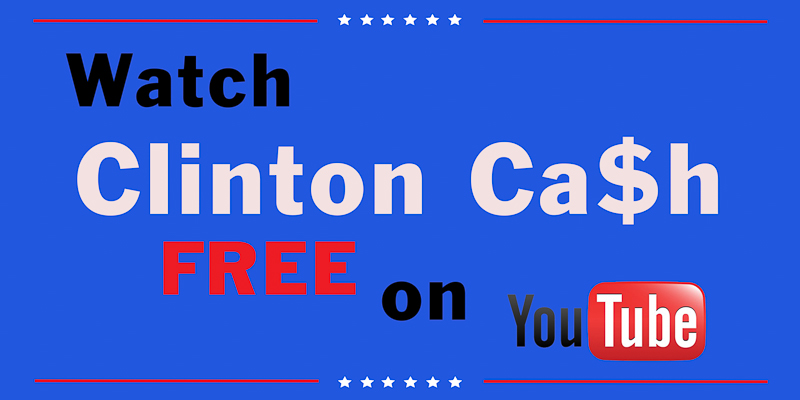 To print at Staples click here.   Then choose Upload Your Own Design.   Next upload the file: Clinton-Sign-4-foot-HD2.jpg